Houston’s East End is already undergoing major changes, but a hip, new six-acre mixed-use project rising at one the neighborhood’s most visible intersection underscores how quickly the neighborhood is transforming.

Triten Real Estate Partners, a Houston real estate firm, is breaking ground on the first phase of The Mill, a nearly 840,000 square-foot, 6.23-acre development at 2219 Canal Street at the corner of Canal Street and Navigation Boulevard. Plans for the project include converting a decaying brick building into a boutique office and retail site surrounded by restaurants, open-air plazas and apartments.

Combined with new stores, coworking space and apartments across the street, The Mill is poised to help reshape one of the East End’s key entrances from downtown Houston. The Canal Street-Navigation Boulevard intersection is considered a gateway into the East End area, according to the area’s economic development management organization East End District.

Houston construction firm Arch-Con started work last week on the initial phase of The Mill, which will include 341 market-rate apartments opening in 2024, plus 6,036 square-feet of retail. Future phases include two retail buildings expected to house restaurants or a small bodega grocery store, plus a 90,000 square-foot office project with 8,654 square feet of retail.

The boutique office project will wrap around the existing brick building on the site. The start of the office construction has not been scheduled, but in the interim, Triten plans to clean up the brick building and enhance the grounds so that it can be turned into a temporary art gallery, beer garden or space for live music and artisan market.

“Our vision here was to not only repurpose the existing building and kind of build-up through it to retain a bit of history and culture of the site, but then to provide something (new),” said Scott Arnoldy, CEO of Triten Real Estate.

The developer is taking a page from its work elsewhere in Houston: M-K-T, an adaptive reuse of industrial warehouses into a retail and office complex in The Heights that Triten co-developed with Houston-based Radom Partners. Triten has hired the same architecture firm from M-K-T, Michael Hsu’s Office of Architecture, to spearhead the design of The Mill with the goal of bridging the site’s gritty industrial character with a fresh, modern design.

The roofline on two of the retail buildings will have a saw-tooth-like top as a nod to the site’s roots as an 1890s lumber mill. Brick, exposed metal paneling and textured grit-like elements on the exterior will make it “look like some of the old industrial forms,” seen throughout the East End, said Jeff Clarke, partner at Michael Hsu Office.

Clarke said it is critical to keep The Mill in line with the scale of the rest of the neighborhood by breaking apart the buildings and keeping them midrise. And like and M-K-T, there will be pops of color and leafy greenspaces in an outdoor plaza inviting the public to enjoy the project.

The Mill’s apartments infuse more upscale units into a neighborhood where the multifamily market has dominated a mix of moderately-priced and lower-priced, often older rental units. About 94 percent of the apartments in the East End and surrounding neighborhoods to the southeast of Interest 45 are older projects with units renting for prices below the average asking rate of the Houston area (rents at these East End projects range from about $733 to $953 monthly on average, compared to the metropolitan area’s average rents of about $1,248 ), according to Transwestern. That means less than 6 percent of the apartments in the area are considered Class A, which are typically newer luxury apartments where renters pay a premium for high-end designs, finishes, and amenities. 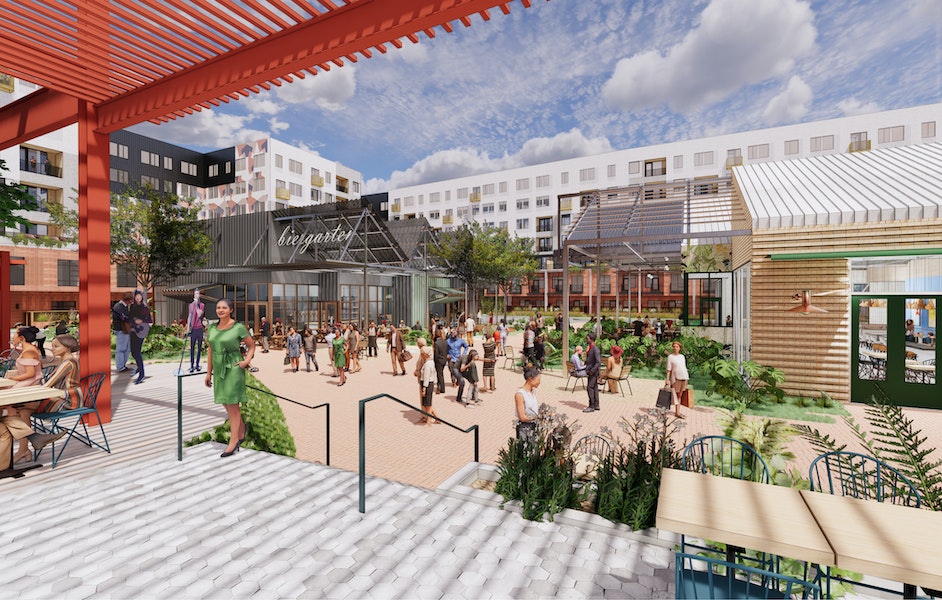 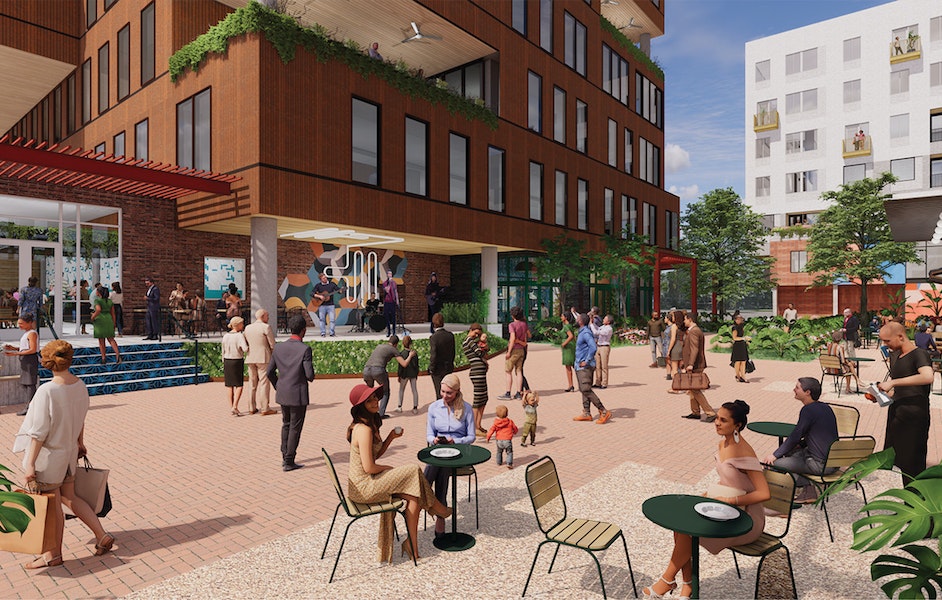 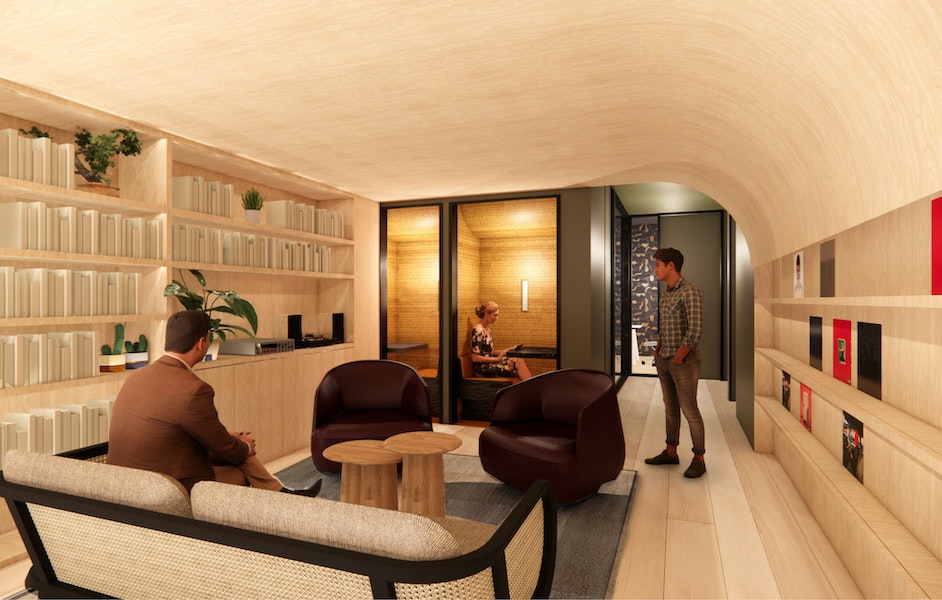 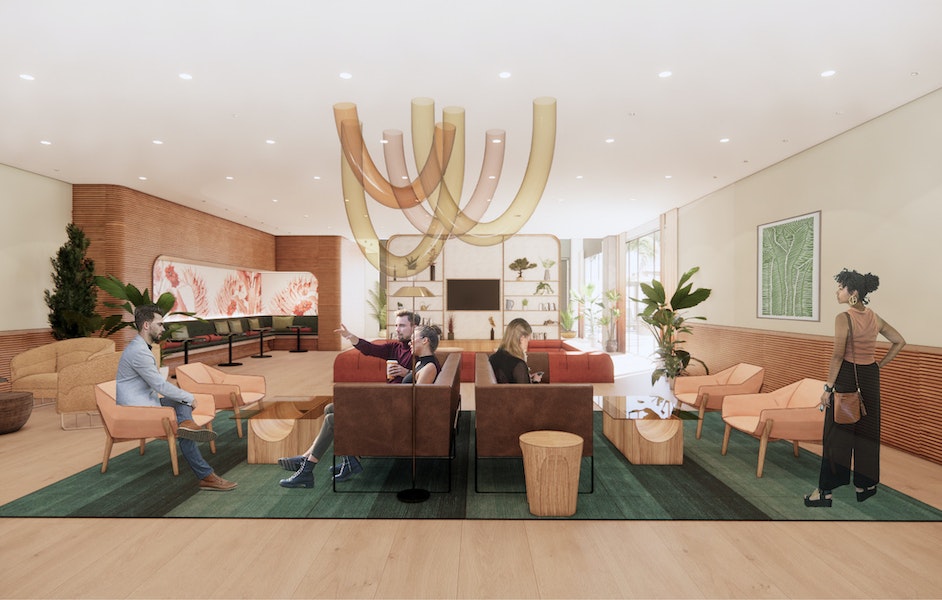 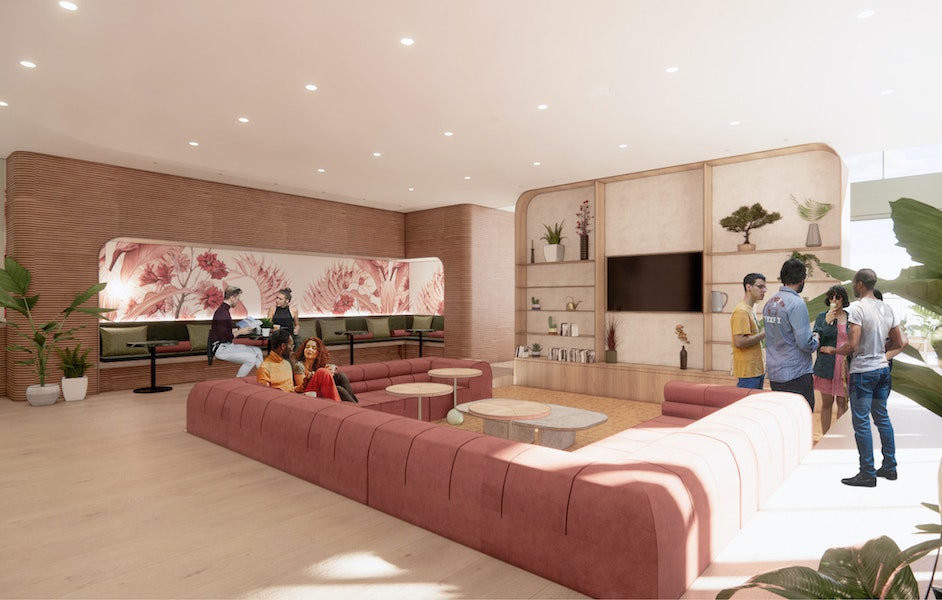 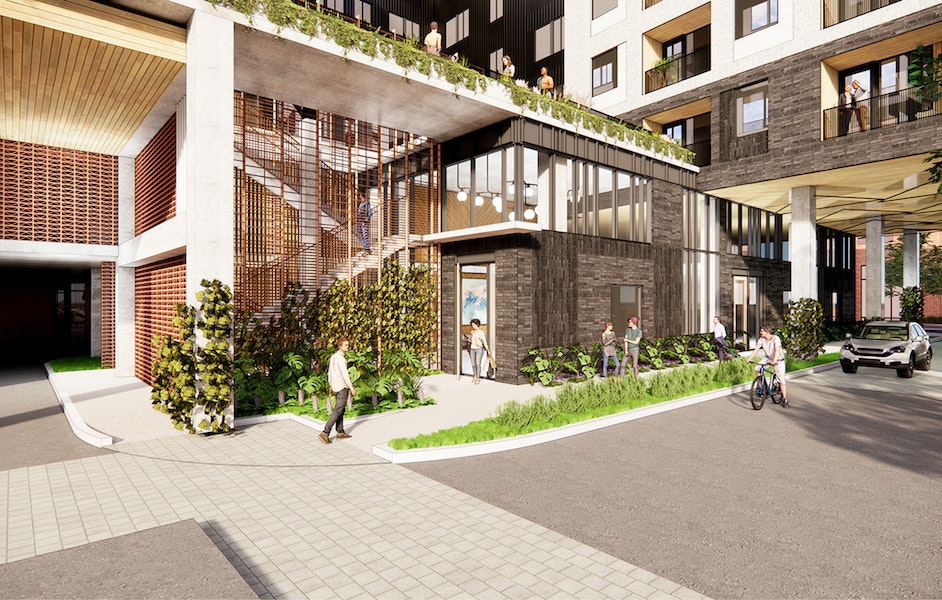 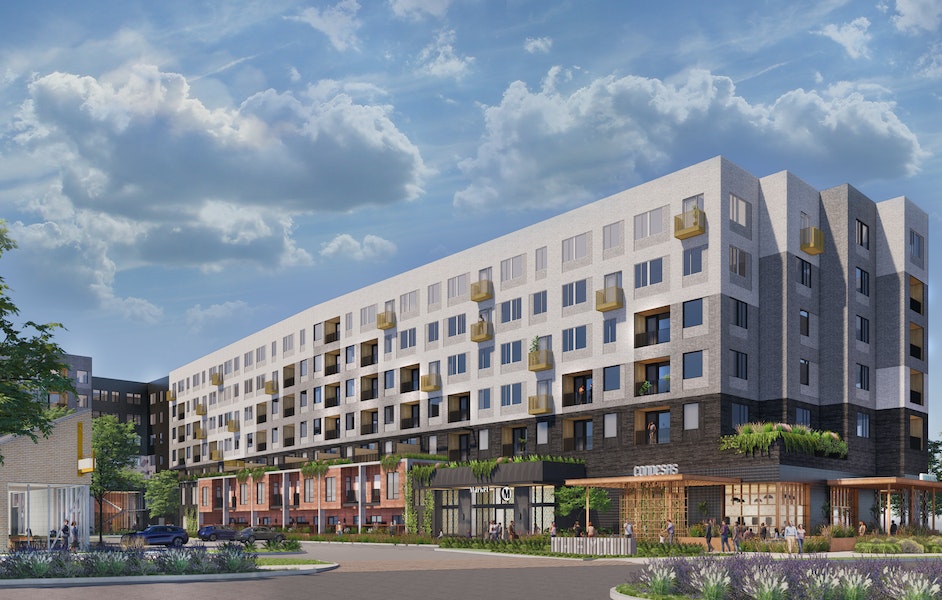